The Indian Premier League 2020 has been postponed and the tournament could be played behind closed doors. Team owners have suggested that the T20 league be pushed back by a couple of weeks amid the coronavirus outbreak which has been declared a pandemic by the Wolrd Health Organisation.

India has banned visas till April 15 and it would be impossible for overseas stars to join the Indian Premier League. Earlier, according to reports, the franchises had said they were ready to play behind closed doors but not without their overseas players.

All stakeholders in the Indian Premier League have devised a formula so that there is no reduction in the number of matches. The postponement will also allow the foreign players to join the IPL from the start of the tournament.

The IPL Governing Council is meeting on March 14 to discuss the way ahead even as the BCCI said the two remaining ODIs of a 3-match series between India and South Africa would be played in front of empty stands.

On Friday, Delhi Deputy Chief Minister Manish Sisodia said his government would not allow any IPL matches in the city with large gatherings.

"Avoid large gatherings. A lot of people might be thinking about whether it's right to take such extreme measures. In countries where preventive measures are being taken, only there it (coronavirus outbreak) could be regulated otherwise, it keeps spreading. We have told all DMs and SDMs to strictly follow all the coronavirus cases coming up," Sisodia told reporters.

"We have banned all sports-related gatherings. If BCCI comes up with some new format then it's up to them. But we are banning every such sports activity where there is a possibility of thousands of people gathering. Our intent is to avoid gathering and not stop people from practicing," Sisodia said.

IPL 2020 to get postponed: The cash-rich tournament is likely to get delayed by two weeks in the wake of coronavirus threat.

Maharashtra health minister Rajesh Tope had also voiced his concerns over the IPL being held at a time when most of the world was taking extreme precautionary measures.

Tope said the government could either postpone the IPL matches or have the fixtures only for the televised audience.

"One thing is sure that there will be no sale of tickets," sources in the state government said, adding a final decision will be taken soon.

"After discussion, we have come to two options: either to postpone matches or to have matches without selling tickets," he said.

Meanwhile, the ODI series between Australia and New Zealand in Australia is also being played behind closed doors.

PREV
Coronavirus: BCCI confirms Lucknow, Kolkata ODIs will be held behind closed doors
NEXT
Rohit Sharma comes up with a message for his fans amid Coronavirus scare 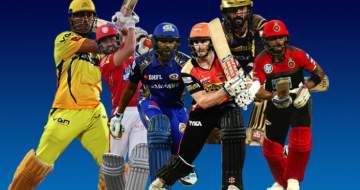 The deadly corona virus has affected 28 individuals in India, and the greatest concern, besides…