Dubai- India registered a Three wicket win to clinch the Asia Cup, 2018 on Friday(28th September) at Dubai international stadium against Bangladesh. Bangladesh suffered their third loss against India in the finals.

After winning the toss India chose to field, Bangladesh openers Liton Das's 117-ball 121 in his 120-run opening partnership with Mehidy Hasan, Bangladesh appeared to race away to an imposing total.they lose their first wicket on 120, But after 20 overs India pulled the things and Bangladesh scored only 106 runs in the next  28.3 overs and they all out Bangladesh on 222 runs in 48.3 overs. Bangladesh middle order batsman flopped, Bangladesh star player wicketkeeper-batsman Mushifiqur Rahim scored only 5 runs.

While chasing the target, Indian opener batsman after taking rest in the previous match came to bat and they made a partnership of only 35 runs. shikhar Dhawan scored 15 and Rohit Sharma 48, Ambati Rayudu scored only 2 runs. Dinesh Karthik and ms dhoni were struggling on the crease, after so many dot balls  Dhoni tried to get a move on but he ended up slashing a Mustafizur delivery to the 'keeper to depart for a 67-ball 36. Bangladesh put the pressure by bowling plenty of dot deliveries and the required run rate increased over 5.Jadhav was retired due to harmstring.

Bhuvneswar kumar and Ravindra jadeja were on the crease when 26 runs was needed in last five overs.they both were in under pressure but they both handled the situation wisley.Jadeja's attempt to slash at a Rubel delivery was unproductive and unwanted as India lost their sixth-wicket, Jadhav came to bat and he was not able to take single and doubles.Bhuvneswar also tried to play big shot but he edged and out when they needed 9 runs in 11 balls.

In last 6 balls 6 runs was required kuldeep and jadhav were on the crease,they both took single in first two balls, in 4 balls 4 runs was required,kuldeep played a lofted shot and they somehow managed two runs on the 3rd delivery,4th ball dot in 2 balls 2 runs were required,match was already in a nail biter stauation,but kedar jadhav  managed to sneak a leg bye in the last ball and thats how india won their 7th asia cup title.

Rohit Sharma said- '' we played good cricket throughout the tournament this is because of our hard work, in every match, we were dominated and this is the reward for it.credit to the guys in the middle who handled that pressure because it's a final, to handle such pressure is magnificent. Bangladesh also played well they put us in under pressure in first 10 overs and in the last 10 overs as well. if you have a team like this captain will always look good.''

Mushrafe Mortaza said-'' we have done a lot of mistakes during batting and obviously in the bowling as well, every time we have scored more than 200 but if we reached 260 then definitely India have been  in pressure, today's pitch was different it was not for spinners, congrats to India they played well.''

Shikhar Dhawan man of the tournament.

Liton das man of the match.

PLAYER OF THE MATCH
Liton Das

PLAYER OF THE SERIES
Shikhar Dhawan Sunday 23rd September, Bangladesh won a thriller match against Afghanistan in last over on… 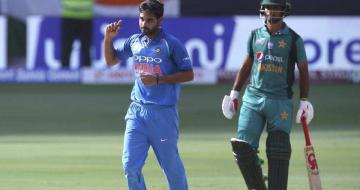 Pakistan off to a bad start after opting to bat first 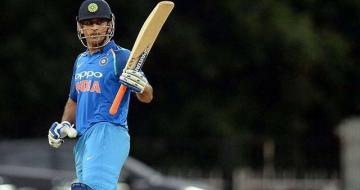 Ms Dhoni should bat at no.4 : zaheer khan 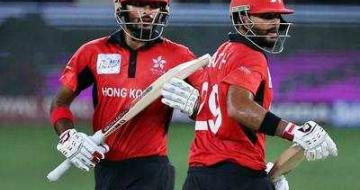 Hong Kong off to a flyer start against India 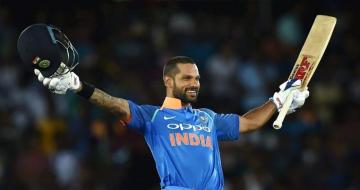 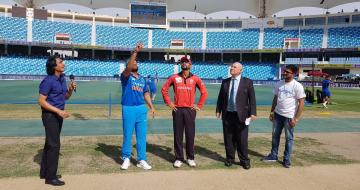