There’s absolutely no doubt about the talent, Rishabh Pant possesses. The 21-year-old is being deemed as India’s first-choice wicket-keeper as MS Dhoni starts getting involved in the transition process. The left-hander recently had the privilege of playing the 2019 World Cup after Shikhar Dhawan got ruled out. Pant is now a part of the national team for the T20I series versus the Windies.

The issue with Pant is that he hasn’t been able to translate his potential into something substantial, especially in limited-overs cricket. In the first two matches at Florida, Lauderhill, Rishabh could only manage four runs and got out to rash strokes. Meanwhile, there are other keepers, waiting in the wings, who could oust him from Team India if Pant doesn’t start scoring consistent runs. 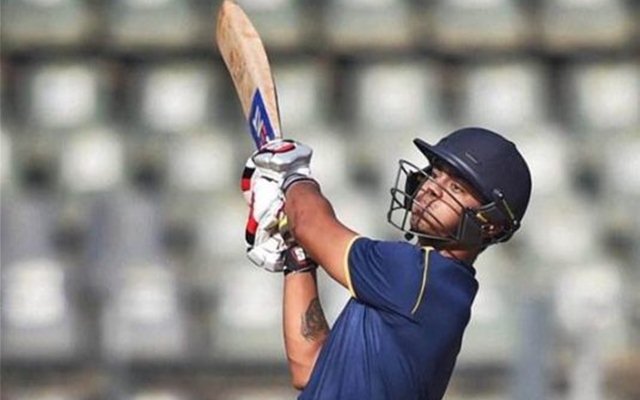 Ishan Kishan is presently a part of the India A team, which shows how far he has come in his career at 21. The southpaw is someone, who doesn’t allow the bowlers to settle down, though he has been guilty of throwing his wicket away at times. But there’s no dearth of talent and his numbers are a testament to the same. In 70 T20s, the keeper has a strike-rate of 130.86 with a couple of centuries.

In the erstwhile Syed Mushtaq Ali trophy, Kishan notched 333 runs at 55.20 with a strike-rate of 151.36. The only aspect where Ishan needs to improve is being consistent. The Young Turk made his IPL debut in 2016 for the Gujarat Lions and is currently with the Mumbai Indians. In List A cricket, Kishan averages 37.10 with three tons. Going by the potential he has he can pose a threat to Pant. Sanju Samson is one of the brightest prospects in the country among keepers and former cricketers backed him. Gautam Gambhir even went on say that he should be a part of the 2019 World Cup. The Kerala cricketer burst on to the scene in 2013 as a teenager and captured the imagination of the supporters. A couple of years later in 2015, Sanju went on to don the Indian jersey in Zimbabwe.

However, that was the last time he represented his nation at the highest level. Inconsistent performances pegged him back. But he isn’t out of the radar by any means. In the 2019 IPL, he scored 342 runs with a century against Sunrisers Hyderabad, albeit came in a losing cause. His numbers in List A cricket needs to improve a tad though. He is one player, who can replace Pant. Ankush Bains may not be one of the biggest names in Indian cricket at this point in time, but he has the ability to come up the ranks. He scored a couple of half-centuries in the 2014 U19 World Cup and has been a part of 36 T20s thus far in which he has scored 736 runs at 23.74. In the previous SMA trophy, the Hamirpur-born scored 198 runs for Himachal Pradesh in six matches with three fifties.

He has been a part of quite a few IPL franchises, the latest being Delhi Capitals. Unfortunately, he is yet to make his debut in the cash-rich league. He’s only 23 and has a bright future in the offing. In List A cricket, Bains has 818 runs at 24.05 with three half-centuries and a solitary century. Last year, the youngster was a part of the Indian team that toured Sri Lanka for the ACC Emerging Teams Cup. 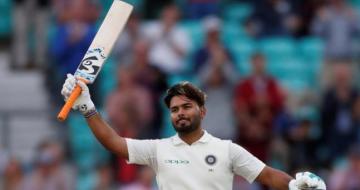 Pant brings up his maiden hundred with a six